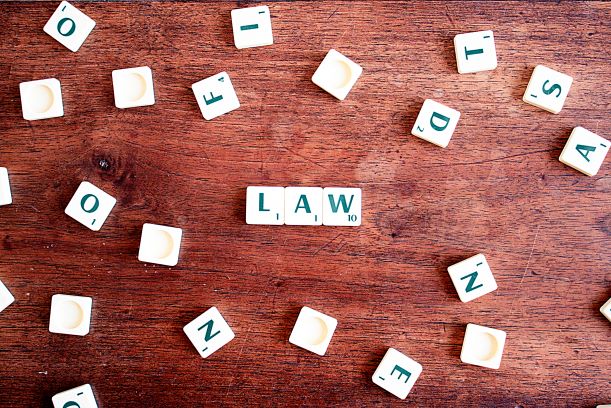 A law change for provisional tax modifying the existing safe harbour from UOMI came into effect from the 2018 income tax year. It may be affecting some clients provisional tax calculations.

When the safe harbour applies

The amended rule provides that a provisional taxpayer's RIT for a tax year is due and payable in 1 instalment on their terminal tax date if:

You can find out more in Tax Information Bulletin Vol 29 No 4, pages 45 – 46, particularly Examples 13 and 14. Example 14 spells out the requirement to pay instalments on time or the customer will fall out of safe harbour.

Under the previous rules, taxpayers who used the standard method for paying provisional tax but exceeded the safe harbour threshold of $60,000 of RIT were liable to UOMI from the first instalment when RIT for that instalment differed from the amount paid.

For taxpayers using the standard method who cannot reasonably estimate their income (e.g. those with volatile or seasonal income), the previous rule could be unfair as provisional tax assumes a straight-line earning of income throughout a year. 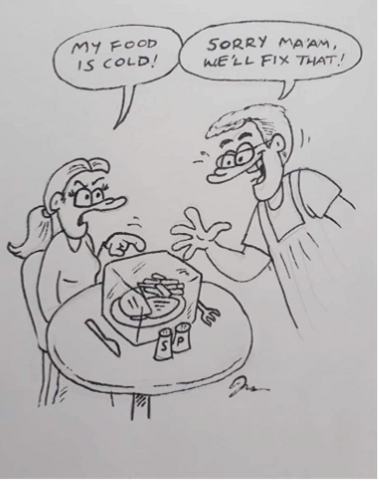 Convert a complainer into a friend

Don’t you hate it when someone complains. The natural reaction is to defend yourself.

“Is our lunch ready yet, it’s been half an hour since we ordered it,” complained a customer at a café.

The customer noted half the tables were empty but said no more. He didn’t go back there for three years.

The snappy waitress has moved on and the new staff are very welcoming. The complainer has become a regular customer again.

While it’s not absolutely true the customer is always right (sometimes they are genuinely unreasonable), it’s usually the case. The waitress should have taken the complaint back to the boss who should have tried to find out what was causing the long delays in serving the customers.

The important thing to remember is: a person who complains is almost always your friend.

They give you the chance to do something about a problem and stop offending other customers. Yes, it’s upsetting to be told you’re doing a bad job, but get used to it because there’s an odds-on chance it’s true.

Work out what’s wrong and change your systems to fix it.

The customer looked up his expenditure for a year at the café, which can be easily done online by looking at your bank account, and calculated this waitress cost her employer about $2000 in lost sales.

A number of organisations selling online get you to put in your credit card details for payments and then bill you when your subscription expires.

In a recent case, there was an option for billing only once (for one calendar year) or you could choose automatic billing every year. The customer took the first option, but when the receipt came through it stated the billing would recur every year.
The customer had to go back to the supplier to get this changed.

Keep an eye on this type of trading or you might find yourself getting unwanted repeat bills.

As you will have noticed, Inland Revenue has discovered a large number of people contributing to KiwiSaver have been using a tax rate which is too low.

The Government is entitled to claim back the underpaid tax, but in practice is only going to do this for the year ended 31 March 2019. In the meantime, anyone who has overpaid their tax by selecting a tax rate which is too high won’t get any money back, in spite of it being obvious to the department who has overpaid. This is because the law has been written to favour the Government.

The latest tax Bill to be presented to Parliament will allow Inland Revenue to put this right. Once the law has been passed, anyone accidentally using the 28 percent rate (or who has been given the 28 percent rate by default) when they should have used a lower one, will be able to get a refund.

KiwiSaver is a PIE. This means the income you get doesn’t normally come into your tax return unless you have selected too low a tax rate. It’s taxed within the PIE entity.

You can have PIEs which are not KiwiSaver accounts. If you have a combined investment in a PIE, you can still be the loser. If one person is on a higher tax rate than the other, your PIE income has to be taxed at the higher person’s rate.

The solution is obvious – don’t have combined investments in PIEs. Take the same money and split it down the middle and invest it separately.

Court Cases for your Interest

An Auckland house painter has been sent to prison for more than two yea rs for evading half a million dollars in taxes.

The man was sentenced today in the Auckland District Court to 26 months jail on six charges for not filing income tax, GST and PAYE returns for himself and his business.
Inland Revenue spokesperson Tony Morris says his failure to file any tax returns meant he evaded $544,895.39 in tax.

‘He wouldn’t co-operate with investigators and didn’t provide the information they asked for. As a result the missing tax has been worked out based on documents collected from third parties,” Mr Morris says.
“The actual amount is likely to be higher than assessed because he accepted cash payments for jobs that were not put through his bank accounts and he didn’t keep records of these jobs.
“He used the income from both his sole trader business and his company for personal use. Bank records show substantial spending at TAB, Skycity, NZ Racing, Thoroughbred Tavern and from cash withdrawals.
“This was a deliberate abuse of the tax system which deprived other New Zealanders to the tune of just over half a million dollars in tax revenue. That money could have gone towards funding a range of important social services everyone benefits from.
“We take this sort of offending extremely seriously. The public should be assured that Inland Revenue will do all in its power to prevent tax cheats from evading their taxes on this scale,” Mr Morris says.

In the period covered by the proceedings UDC offered consumer loans of $10,000 or more over terms of one to five years, typically secured against assets such as vehicles.
The Commission alleges that UDC’s dishonour fees and late payment fees were unreasonable, in that they exceeded UDC’s reasonable costs and estimate of losses.
UDC charged the dishonour fee if the borrower missed a scheduled payment and charged the late payment fee if the borrower had not made payment 7 days after it was due. The Commission alleges that each fee exceeded UDC’s costs and estimated losses associated with a missed payment or with a 7-day default respectively.
In the case of the late payment fee, UDC calculated its fee by including recovery costs that it did not actually incur until much later (if at all).
The dishonour fees alleged to be unreasonable were charged between 6 June 2015 and 4 September 2016. The late payment fees alleged to be unreasonable were first charged in 6 June 2015 and continue to be charged.
The Commission seeks a declaration that UDC breached the Credit Contracts and Consumer Finance Act 2003 (CCCFA) by charging unreasonable fees.  It also seeks orders compensating borrowers for amounts paid in excess of a reasonable fee.

As this matter is now before the Court the Commission will make no further comment at this time.

This case and several others follow the Supreme Court’s 2016 ruling in favour of the Commission in the Sportzone/MTF case.

The Supreme Court held that credit fees can cover only costs that are “closely related” to the loan transaction. It found that the CCCFA “indicates a transaction-specific approach to the setting of fees. It is not permissible to take all operating costs (or virtually all) and allocate them to one fee or the other. The consequence of this is that many costs incurred by a credit provider will not be referable to particular credit transactions and will therefore have to be recovered in the interest rate”. 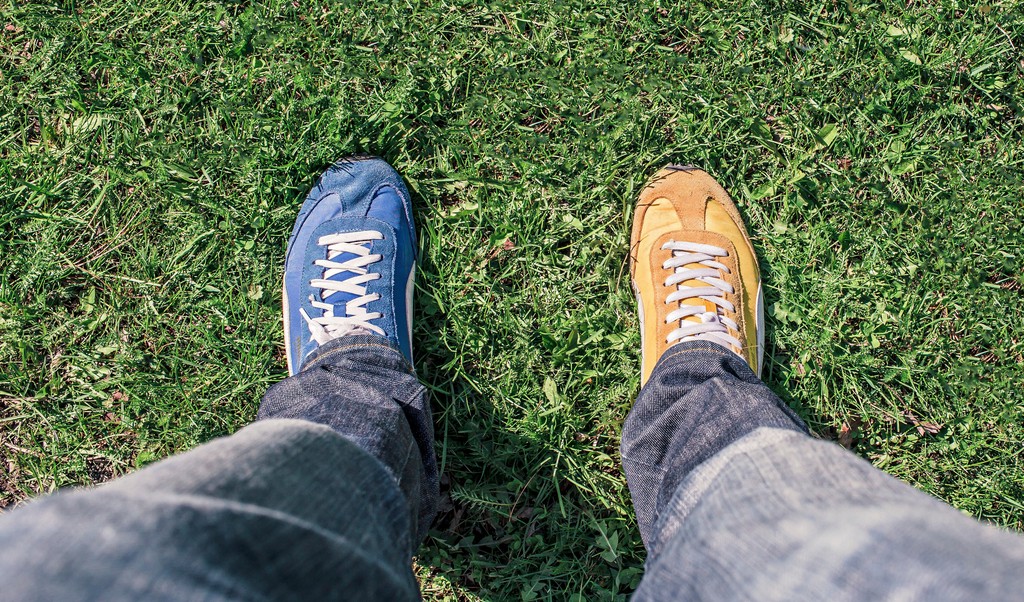 Stand out by doing things differently

We keep stressing in our newsletters the importance of being different from your competitors.

A barber runs an appointment system. Customers can go on to her website and book their times to suit themselves. Many people work from home these days and time is precious. She allows 20 minutes to do an excellent job and charges a little above the market rate.

The big advantage is, of course, there is no waiting.

More than 90 percent of her customers book online and the ones who ring up are the ones who most often fail to turn up.

Before she started the system, people would wait two hours to get their hair cut on a Saturday. Now you have to book. She knows she will get away sharply at 2pm.

She has also found if you are available from, say, 8am to 8pm, people will choose a time they find most convenient. Often this will be after their evening meal. However, if you close at 6pm, which she does, you will most likely get almost as many customers.

She also classifies her customers. Before booking, you have to state whether you’re a senior citizen, you have a beard, it’s a four-weekly haircut and so on. Presumably, she can show different times for appointments to match the services. If someone is getting a cheap haircut, they can be made to come at a quieter time.

She can fill in the gaps.

In another example, a delicatessen has achieved a difference in spades.

As soon as you go into their shop, you’re offered a cup of barista coffee. Would you accept it?

Well, it is excellent coffee so if you enjoy a good cup, it’s the very place to go and it’s free. There’s a small queue for the coffee, which is probably not surprising.
What are you going to do while you’re waiting for yours? Browse the stock of course.

Be different. If you look like everyone else, you’re likely to get the same results as everyone else. Dare to be different and who knows what you might achieve 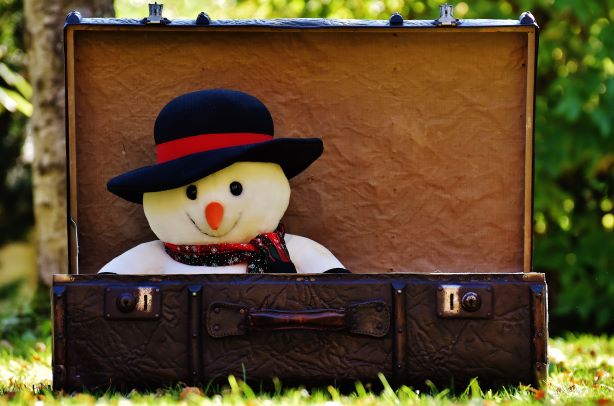 A case of a nice surprise for customers

A customer recently took a suitcase to a shoe repairer to fix a small tear in the corner and on the outside of a much-loved suitcase.

When the owner picked up the bag he was surprised to find a matching, very neat patch on the opposite corner of the suitcase, so it would look as though there had never been a repair.

Needless to say, the customer was happy.

The lesson: Always look for a chance to surprise and impress your customers.

Important: This is not advice. Clients should not act solely on the basis of the material contained in the Tax Talk Newsletter. Items herein are general comments only and do not constitute nor convey advice per se. Changes in legislation may occur quickly. We therefore recommend that our formal advice be sought before acting in any of the areas. The Tax Talk Newsletter is issued as a helpful guide to our clients and for their private information. Therefore it should be regarded as confidential and should not be made available to any person without our prior approval.